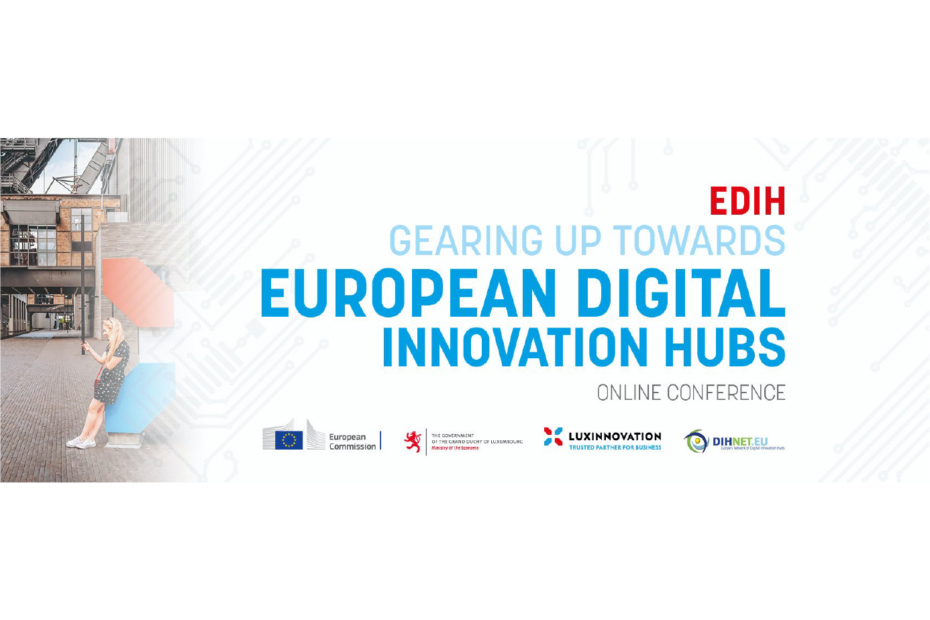 During the first European Conference of DIHs, which is being held today and tomorrow from Luxembourg and in digital format, it has been announced that DIHGIGAL will be one of the Spanish candidates to be recognised as a European Digital Innovation Hub (EDIH), an international figure for hubs with a local vocation, but with a European scope, strong connections with other hubs and a clear added value at continental level.

This appointment is an important milestone on the road to European recognition on which the Hub has been working intensively over the last few months.

In the framework of this conference, and in front of more than 700 attendees, the Head of the Unit “Digital Transformation of Industrial Ecosystems” of DG Connect of the European Commission, Anne-Marie Sassen, announced the candidates from the different countries for EDIH recognition, among which DIHGIGAL is included. 323 candidates from 24 member countries were announced, of which approximately 200 will be supported as EDIH.

The Ministry of Industry, Trade and Tourism was in charge of validating the Hub’s international proposal and subsequently sending it to Europe. Among the most important factors in supporting this candidacy are the contribution of the business ecosystem, as the central axis of DIHGIGAL’s strategic plan, as well as that of the different supply agents and the Xunta de Galicia, through Gain (Innovation Agency of Galicia).

Achieving EDIH recognition would mean for DIHGIGAL, not only access to new sources of funding to support companies in their digital transformation processes, but would also facilitate the connection with the rest of Europe, bringing together the ability to provide more agile and effective solutions to the challenges of Galician industry.